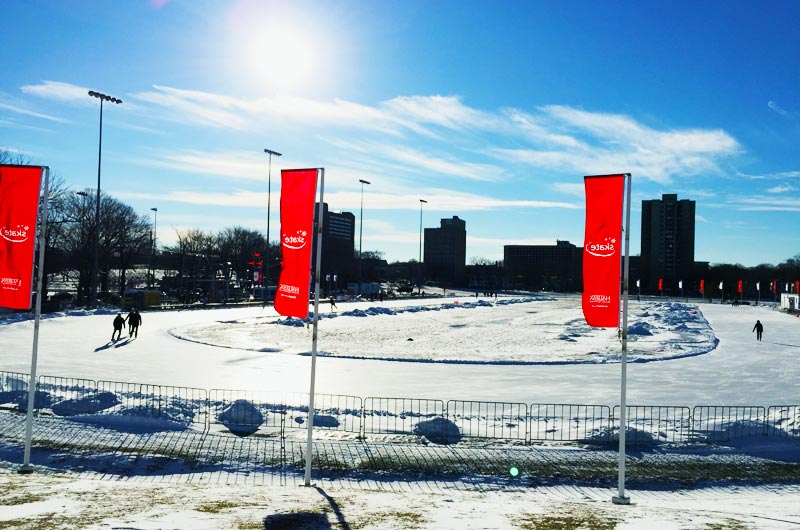 LOTS! HRM Mayor & Council ignored all FHC’s good reasons why making secret deals with any fossil fuel corp is bad news. So now Emera, NSPI’s parent—gets naming rights (along with some very cheap green washing) to the Halifax Common’s Oval. Can someone remind those HRM decision makers we’re in a climate crisis? And that decision-making for the Halifax Common shouldn’t be secret deals?

Friends of Halifax Common write to ask that you do not approve the secret agreement with the fossil fuel company Emera to extend the sponsorship of the Halifax Common’s Oval.

There are several questions we propose you consider.

The Halifax Common Master Plan is still undergoing public consultation.
The matter of branding, advertising or sponsorship are subjects that should be vetted as part of this consultation. Should HRM Council be making this decision in secrecy and at this time?

No to Alcohol or Cigarette Advertising but Fossil Fuel Branding OK?
Naming rights is a form of advertisement. On public property it is a form of privatization, where companies gain access to the public viewer for private gain so as to buy positive affirmation or customers. What is viewed as appropriate or permissible advertising changes over time in response to societal values or even scientific evidence. Would HRM condone or permit alcohol, cigarette or pesticide advertising?

Today the ramifications of supporting and promoting fossil fuel companies on our collective future is much more in our collective thinking and decision making. Emera is the parent company of Nova Scotia Power Inc. one of the provinces leading polluters and greenhouse gas emitters. It is essentially a fossil fuel business that is negatively impacting human health and the climate crisis. France, Amsterdam, Sydney are jurisdictions that plan to no longer condone public advertising for fossil fuel companies. They are taking steps to regulate this.

In June 2022, 34 Canadian health organizations representing 700,000 health workers across the country asked the government of Canada for a comprehensive ban on fossil fuel advertising – including ads for gasoline, fossil fuel utilities, and gas-powered vehicles https://www.newswire.ca/news-releases/canadian-doctors-call-for-tobacco-style-ban-on-fossil-fuel-advertising-in-canada-867532772.html  Does extending a secret contract to Emera to greenwash a corporation at this time positively reflect the values that HRM purports in its commitment to be a climate change leader?

Public Concern Over Secrecy
To be clear despite misinformation by some, Friends of Halifax Common has never been against the Oval (https://halifaxcommon.ca/tag/the-oval/)  and FHC did not engage in the 2011 public discussion about the first agreement with Emera and Molson. But as this is some time ago, are you aware of the public concern that the decision was made with a “secrecy that came to be seen as emblematic of a growing lack of transparency at city hall?”  (https://www.theglobeandmail.com/news/politics/halifax-mayor-on-thin-ice-in-outdoor-rink-controversy/article4197223/)

Or did you know that in 2013, Solidarity Halifax a volunteer citizens group, led a popular contest to un-brand and re-name the Oval because of how unsuitable both the process and choice were? (https://solidaritykh.org/2013/02/renaming-our-oval-whats-in-a-name/)

The Oval was built with public money, on public land and a comparatively small amount of corporate money. Can you consider honouring the sentiment of the 1763 land grant and keep the name as the Halifax Common Oval and the Oval as a short form?

Unless extending a secret agreement with a fossil fuel company to brand a publicly funded recreational facility on the Halifax Common is the legacy you as HRM Mayor and Council want to leave, we hope you can re-consider the process and the outcome.